Each week, I swing wildy between thinking that I am getting it together and realizing I still have so far to go. Conversations in my head usually start one way and end up in a completely different direction.

-You did good this week! You saved $20 by not buying Cheetos Puffs or novelty keychains.

-Good job loser. Now just find 80 other instances where you can save $20 in the next month and you’ll be debt-free in 16 months!

So many things have helped me make a change in my financial situation: my monthly debt updates keep me accountable and I’ve been tracking my discretionary spending since January, which also cut down my spending. I’ve set monthly goals for myself for each month in 2012 and I track whether I meet them or not. I also probably spend less because I want to stay home and do nerdy blogging things instead of going out and spending money. Even though I let myself get discouraged, overall, I’ve been taking the right steps.

There are a good number of topics I still want to explore on this blog. There are still a ton of things I need to do well so that I can pay off all my debt. But I have realized that it all boils down to a pretty simple idea when it comes to explaining why Americans get into consumer debt and find themselves unwilling or unable to pay it off afterwards. That’s the reason why I started this blog. I was trying to answer the question: What made me get into debt when I am educated and have a decent income? I definitely want to make more each month, but people with similar salaries have no debt and savings, while contributing to retirement and even traveling as well. So why do some people get into avoidable debt like car loans, credit card debt and other unsecured loans? I think I have one answer. 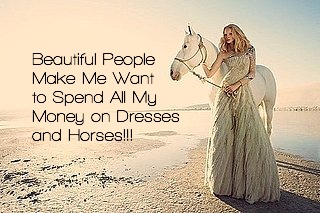 People get into debt when they focus on acquiring the symbols of wealth versus building actual wealth. If you spend your salary on luxury items, status symbols and purchases that are meant to convey an exclusive or luxury experience, not only are you NOT getting rich, but you are quite likely to get into debt as well. I was a bit of a hypocrite because I always thought I wasn’t after the symbols of wealth because I’ve never bought a luxury car. I rationalized a lot of things because I told myself I wasn’t showy or into purses that had loud, emblazoned logos on them. But there are plenty of other symbols of wealth that I’ve bought or lusted after:

I was focused on all of the things above for a long time. I spent a lot of time around people who either had these things or were actively looking to purchase them and it all got in my head. I’m happy to say I’ve lost my interest in the symbols of wealth (all of them! even the Rolex!) and now want to focus on how to build real wealth. Paying off debt is the goal each month, but at the same time, I’ve set up automatic savings contributions and retirement contributions out of each paycheck. With my next raise, I plan to increase the amounts for both of those contributions rather than upgrading my lifestyle with that raise. Instead of allocating the extra money directly to more spending, nearly all of it will go into saving. And I’m so excited for that!

It all has to start somewhere. I’m starting small with these insignificant savings contributions but then I remember that I’m saving them instead of spending them and that’s pushing me in the right direction (Paying off debt and saving at the same time is like burning the candle at both ends, if that meant a good thing). It’s a lot less glamorous to focus on actual wealth instead of symbols of wealth, which is why most people are likely to spend their money on symbols of wealth like a car that eats up income, a house that’s more than they can afford and clothes that are meant to show people who you are (awesome). It took me until I was 28 to figure it out, but you don’t need any of those symbols to show people who you are. And as long as you don’t fall into debt for all the wrong reasons, you’ll find those symbols of wealth will come in their own time. And hopefully by that time, you will already have stopped caring about it.

So I say it all comes down to focusing on the symbols of wealth and thinking that acquiring them will provide you with true wealth. What do you think is the basic reason seemingly rational people get into crazy amounts of debt (barring unexpected medical emergencies, job loss, etc. I’m talking about living an average life but accumulating above-average debt)? I still kind of want a pair of boat shoes. To wear ironically of course.