Curtis is a staff writer for American Debt Project. Please see his first post to learn more about him! 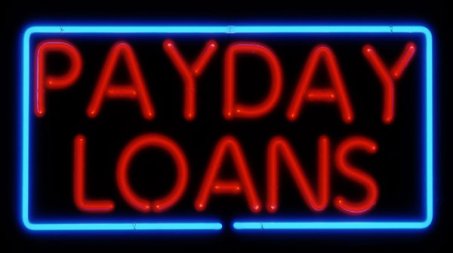 My name is Curtis Howard. Many people are aware of my past, but just as many are not. I’ll put it this way; I can’t pass a criminal background check. I am an original member of the 47th Street Crips in San Diego and I have spent many years in maximum security prisons throughout California as a result of having that street mentality. After many trials and tribulations, I no longer live that life. I now struggle to maintain my place in society. It’s not easy, but it’s worth being alive and free. Amen.

Although prison and society have different rules, I marvel at how much they actually coincide in their practices; one common practice is that of loan-sharking. In prison, loans are called “2- for-1’s”.

The title is self-explanatory. You simply pay back double the amount that you borrow. There are no particular criteria or credit checks involved to qualify. You simply give the lender (a convicted killer) your good word and there you have it! Now that’s easy!

Low and behold, I’ve noticed a similar practice here in my community. They’re called “payday loans”. It only requires that you have an active bank account for at least three months, and direct deposit on your payroll checks. Now that’s easy too! (Out of curiosity I called for further details. The woman who answered said that on a $200.00 loan, I would pay back $235.29. That amount is then deducted from your next pay period check. However, she placed the most emphasis on the fact that my first loan would be free. “You simply pay back the amount you borrow!” she exclaimed. The call ended when she attempted to set an appointment for me to come in with ID and pay stubs. In prison this would be a great deal! But in the free world it’s a serious rip off*).

Their interest rates are not as high as the 2-for-1’s are! But I guess that’s why the 2-for-1’s only require your good word to get. The easier it is to get the loan, the more people will agree to the terms. It’s a quick fix. Where do I sign?

However, at Pelican Bay prison there was a guy killed over a 2-for-1. He was stabbed in the neck and bled out completely,  just after EMTs rolled him away on the stretcher. He never reached the infirmary.

I will also have you know that the biggest prison riot that I was ever involved in took place over an unpaid 2-for-1 loan. Since then, every time I witnessed someone getting a 2-for-1, I would picture him being rolled out on a stretcher a few weeks later.

Last month, while cashing my paycheck, I saw a guy over in the payday loan department. He was signing on the dotted line. That loan made his day!  He was so happy that he started speaking to me as we walked out the door together.  I couldn’t hear him clearly because a distant paramedic was starting to gain ground on us so I just smiled and nodded. And then I started to laugh.  The timing of the paramedic coming after him making the loan was all too familiar.

He was puzzled that I suddenly laughed out so hard. He hadn’t said anything THAT funny.

As we parted ways I thought to myself: He doesn’t understand why I’m laughing now, but he will in a few weeks when it’s time to pay that loan back….