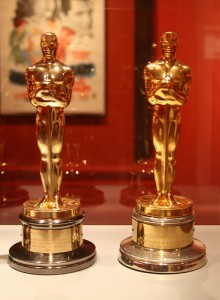 I never cared much about movies until we arrived in Texarkana five years ago. It’s amazing what living in a little town will do to your social life. When there ain’t much to do, it’s you’ll quickly become addicted to the Cinemark Theater.

…and if you’ve been in a Cinemark, you’ll know just how pathetic I sound.

Last week Oscar nominations were announced. There were surprises–while Leonardo DiCaprio is a fantastic actor, I’m still shocked by America’s love affair with his role in Wolf of Wall Street–and incredible snubs (no Emma Thompson? Really? She was my choice to win!). But what caught me was how much it became a time of introspection for me:

What have I done to become eligible for an award this year?

I’m not talking about awards I might be eligible to receive, like the Plutus Awards that are handed out at the Financial Blogger Conference each year or any of the numerous podcast awards out there….I’m talking in a more cerebral, less obvious spot.

What I mean is this: what have you done with your life that’s noteworthy in the last twelve months?

Would you win the “all you can be” award?

…or maybe the “worked his butt off and came out ahead further than anyone expected” prize?

…what about the “finally on the map?” award?

Which would you win?

Why It’s An Important Exercise

I’ve had several fun discussions over the last week about my obsession with the Oscars. To me, these little statues are a reminder that time is finite and that I don’t have forever to achieve my goals. I have to get moving on life before it passes me by.

If I haven’t won the “award” I feel I deserve, whose problem is that? Is it the committee? Is it the voting public?

To some degree, maybe it would be someone else’s fault. But let’s be realistic. If I’m Emma Thompson or Tom Hanks, do I sit around the house and moan about how other people didn’t do what it took for me to be on stage in a few weeks? I don’t think so. If I don’t win my life’s work “award” it’s far better that the responsibility falls to me.

This is an important point….and not about awards. If the public IS stacked against me and the voters CLEARLY missed my brilliance, what good does it to do me to sit and cry about it? Can I change the public’s perception of my work by bemoaning the fact that they’re clearly and most definitely a bunch of idiots?

The better idea, whether I’m really at fault or not, is to work hard and differently the next year. It’s much healthier, and I’ll get more accomplished, if I ignore it, regroup, plan a better attack, and move.

Now, instead of at the whim of someone else, I’m in control. I have a list of things directly in my power that I can do.

That’s why I think there’s two ways to look at awards like the Oscars. I can focus on Christian Bale, Meryl Streep, Amy Adams, and the rest, soaking up every word in People or US magazine about what they wear, eat, and think, or I can use the award show as personal motivation to get introspective and plan to do better next year.

You may be asking yourself, am I just reading some cheap pep talk? I came here for a financial article and I got a rotten pep talk?

I hope “what you got” was another reason to study quickly and internalize this “easy” stuff called financial planning. I mean, really….how many times can we rehash advice about writing out your plan and creating milestones? For those people who can’t get past that step, it’s going to be very difficult to win your “award” in life. You owe it to yourself to automate the easy things so that you can attack those issues that’re difficult. Don’t waste your time worrying about debt management; automate it. Don’t both with contributions to your retirement plan; finish your financial plan and set it aside. Don’t focus on your next car purchase; create a fund so you’ll pay cash.

Success is hard. Focus your incredible talent on the right points to be on “the awards stage” this time next year.

Looking for more of this? Follow me at Stacking Benjamins each week for our awesome podcast and my astounding prose.