Woops, I made some silly purchases this month.  I was trying to build passive income but I don’t think I should have gotten into debt over it.  Also I loaned someone some money (not reflected in the total) but that ended up making me unexpectedly low on cash, and I ended up using my credit card at the end of the month.

If you are trying to reduce debt and you find yourself in a worse position one month, don’t get discouraged.  I’m not!  I am just going to work extra hard to increase my income this month, and pay off what I spent this month and pay off old debt.

Here is my goal for September 2011: Get under $37,000 in debt and continue to research business opportunities, and read this book on real estate (to see if it is a possibility for me or not, based on the recommendation from Geniustypes): Weekend Millionaire’s Secrets to Investing in Real Estate by Mike Sumney and Roger Dawson.

I’ll give my review on this book in my next month Debt Update!

Note: If you want to monitor my progress on reducing debt since the beginning of this blog, just click on the ‘debt update’ category and you’ll see every month’s progress.

I made some progress in July except I did falter and use my credit card for about $400.   I’m still not in the habit 100%, but I am 85% of the way there, which deserves a pat on the back.  A pat on the back that doesn’t involve shopping.  How about food?  Hmm, I’m supposed to be getting in shape too.  Television?  I’m trying to rot my mind less.  Wow, changing myself for the better is freaking hard!

Good job self.  Now to not screw up… 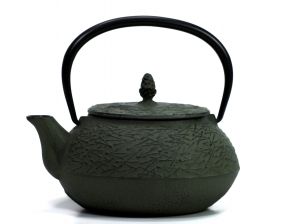 I have yet to master the art of not losing steam midway through a project.  I’m great at envisioning things.  I can even come up with the next steps I need to take for the idea to happen, and maybe I’ll even take a step or two.  But eventually I start doubting the whole thing and it’s just easier to give up.  It has been a true challenge with paying off debt and sticking to not using credit cards.  Right now, it has been exactly 1 month of not using any credit cards.  I know I can keep going, but I am changing a habit of EIGHT years!  With that said, I’d like to take a little trip down memory lane…

How I First Got into Debt

Even though I had never been much for saving money, I didn’t have any debt through my first two years of college.  I had gotten a credit card my freshman year, but I was paying it in full whenever I used it, which wasn’t every month.  During the fall semester of my junior year, I studied abroad in Spain.  It was one of the best times of my life.  Being somewhere so new and so different was an experience that I can’t replace, and most of my motivation to get out of debt is centered around being financially competent and able to travel again, exotically.  That’s not like exotic dancing, it just means going places without much of an agenda and embracing and discovering its people, its natural monuments, or its little back streets that feel like a scene from a movie.  So, I was exploring Spain and meeting lots of new people.  I played tennis on grass courts.  I walked the entire city during siestas.  I discovered José Ángel Mañas.  I discovered cheap tapas at every bar on the route back to my apartment from university.  I wouldn’t trade any of it!

But I also discovered the cash advance feature of my credit card, and the next thing I knew, I was using it as the most convenient way to borrow money without having to ask for it from my parents or any of my new friends in Spain.  By the time I got back to the US, I had racked up about $2,000 in debt, which is a lot of money for an unemployed college student.  That summer, I had a full-time job and paid off my two credit cards in full.  But I didn’t create any savings and I had already gotten a taste of how easy it was to pull out a card when I didn’t have any cash, or even better, just use a card for everything since I was “getting the points”.  So I used a credit card to live above my means from 2003 to 2011, and I can’t even explain how excited I am that my habits are changing.

It’s kind of embarrassing to admit, but I really didn’t get the extent of it until I hid my credit cards last month.  Before that and this new budgeting idea, I never had any idea how much money I had in the bank.  I knew how much my paychecks were and I tried not to spend more than that, which is not much of a budget!  I made budgets for May and June, and I’ll be making my July budget this week.  I’ll make my next post a picture of my July budget.  I haven’t been able to follow it completely, and I haven’t put in money in envelopes for things like repairs and emergencies.  I’m also learning how to control my impulses.  I haven’t been out of the country in two years, and I am really dying to travel.  I have plenty of vacation time saved up at work.  But dropping a few thousand dollars would wipe out a year of hard work.  So I spent all day at the beach yesterday with friends, which felt like a vacation in itself.  I haven’t watched TV in three days, which is also something I do on vacation (not watch TV), so my mind feels relaxed and I can delay the vacation for at least a little while longer!

Reminding Myself of the Goals

I’m motivated to get out of debt and focus on building positive cash flows so that I can provide for myself, my family and good causes in my local community.  I want to make the urban, run-down areas of where I live more desirable and safe, but not just for the very wealthy.  Everyone should have access to open spaces for their kids to play, good schools and colleges so that they can understand the world around them and become critical thinkers (and not unquestioning drones), and safe neighborhoods.  I am not sure how to do all of that, although a lot of my friends share the same motivations and a friend of my boyfriend just started Citizen Good.  I know that if I am spending less hours just taking care of the basics for myself, I can find ways to make change.